I will retire in 2015 and probably teach at the leadership academy: Meles Zenawi

By Richard Dowden
RAS Director Richard Dowden interviewed Ethiopian Prime Minister Meles on May 12th 2012. What follows is a selection of quotes from the interview on subjects ranging from democracy to the demise of Muammar Gadaffi and ‘land grabbing.’ To read Richard’s full analysis of the current state of Meles’ Ethiopia click here.
MelesZenawi and Richard Dowden

On the suggestion that, as a ruler from a minority, he is rushing the development of Ethiopia as fast as possible into order to stay in power
We are making progress on the economic front though not necessarily according to the standard orthodox prescription, so people think there must be something wrong… END_OF_DOCUMENT_TOKEN_TO_BE_REPLACED 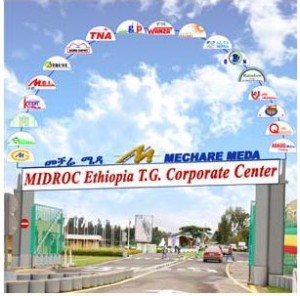 View Photo Gallery — Charles Taylor, the U.S.-educated guerrilla leader who fought his way to the presidency of Liberia, was sentenced to 50 years in prison for war crimes and crimes against humanity for his role in assisting a bloody rebel movement in neighboring Sierra Leone.

By Associated Press, Updated: Wednesday, May 30, 6:46 AM END_OF_DOCUMENT_TOKEN_TO_BE_REPLACED